CONGRATULATIONS TO LONG-TIME BNWE CLIENT Neal H Pogue on last night’s Recording Academy / GRAMMYs win for Tyler, The Creator‘s “Call Me If You Get Lost”. This is the 5th Grammy win for the master mix engineer who’s now been an integral piece on 14 Grammy nominated projects, including this year’s nominations for Doja Cat’s “Planet Her,” for Album of the Year and The Marias’ “Cinema” album for Best Engineered Album, Non-Classical.

Previous wins include last year’s double Grammy win from Kaytranada’s “Bubba” album including Best Dance Recording for “10%” and Best Dance/Electronic Music Album; Tyler the Creator’s “IGOR” as Best Rap Album in 2020, and Outkast’s monster hit “Hey Ya,” as Record of the Year in 2003. For more information on Neal H Pogue visit the new version of www.nealhpogue.com for his updated discography. 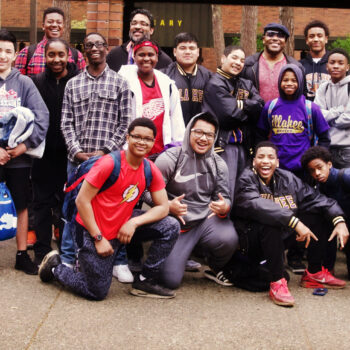